Another elite 1/2 cross race done, not my best showing yet somehow not such a bad race. I felt okay once we got going and spent the first 2 laps in 5th place, then Jarred Stafford got up to the front and Batty and Morka soon followed and the speed picked up and the whole lead group fragmented. It soon was myself with Peter Glassford and Peter Moog a little ways off Erik Box who had a 5 man group ahead of him. I felt good and laid out an attack but I soon felt my back really beginning to hurt and sprinting out of corners was a real challenge. Moog was sitting close and Glassford initially let out a gap on him but when he came back Glassford's supreme handling skills made short work of my struggle for freedom. This gave me a chance to sit on and figure out my back, I tried stretching it but didn't change anything so I was forced to toughen up and race through it. Mark Batty soon fell back to us with an excuse of lack of energy, fair enough, he drove our group for half a lap then fell off. I bided my time and with one lap to go I saw Nathan Chown and Erik Box were within reach and I was felling goodish so I attacked again and never saw the Pete's again, although Moog never lost more than 10 seconds. I was about 15 seconds back when they started their sprint which was too late and I had too settle for 7th. I was pretty disappointed with my result but I later realised that the course didn't suit me so much, my back was off and to be really honest the top 4 guys are a whole level above me so I feel I should of been with Erik and Nathan and 15 seconds back isn't soo bad. Some excuses I know, but I now understand I am still fit and my confidence isn't wavering, two weeks out of Nationals. I feel I should of done better but such is life. 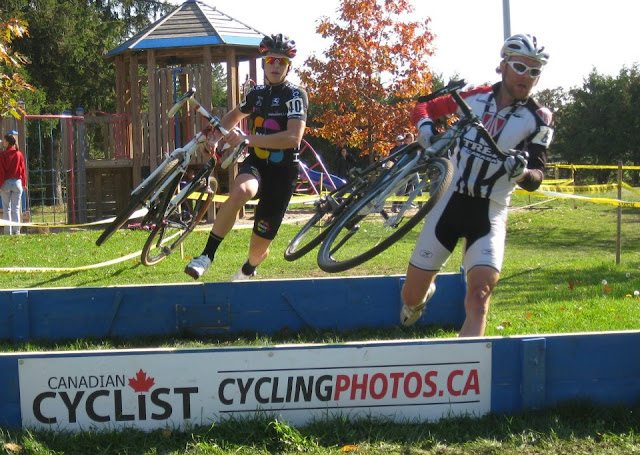 Posted by Benjamin Perry at 6:15 PM