looking back on a banner year

2012 proved incredibly fruitfull for me. Looking at in basic terms (non cyclist lingo) I competed in 36 races 31 of them with the U19's. Elite races aside I wracked up 7 wins, 5 podiums, 7 top 10's, and a Polka Dots jersey of best climber. I raced Worlds, Trofeo Karlsburg and Liege La Gleize. UCI races at the peak of importance in Holland, Germany, and Belgium. My time at the latter  race was the ?cream? of my season but I only call it that so I can refer to my contract with Lotto Belisol U23 as the cherry on top. Joining this team allows me to pursue a shot at a professional career with no doors left unopened. I could race U23 versions of Classics, UCI stage races, and one day races around Europe all within a strongly funded and incredibly well organized program which lies below a Professional team at the highest level. These opportunities leave little chance for heart ache on a potential journey to the pro's. All I have to do is remain focused, train hard, get results, meet the right people and have the best opportunities become available to me.... all of which take a special kind of person to complete properly and now is my chance to prove I can be that guy. 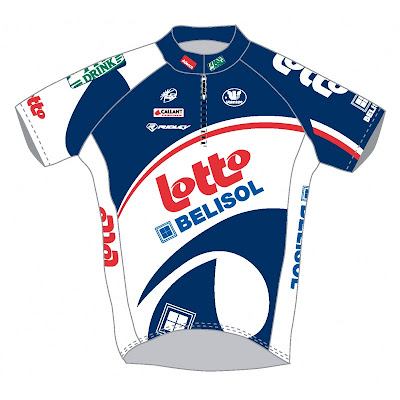 My season started with a nice stint of training as prescribed by Coach Rick with the OCA, 8 days in California soon followed by 11 days in South Carolina. Once back I accomplished my long thought out off season goal of winning the Tour of Battenkill. Then I skipped School for 4 weeks to ride my bike in Belgium,Holland, and Germany where my luck got progressively worse. I won 2 days after making the 7 hour time jump, closely followed by a 4th in a Belgian National level race. In the next race after spending 50km in a two man break with Brandon Etzl we were pulled back and I came 9th in the group gallop. In a rainy Interclub I was 53rd in the sprint after a break not getting away successfully. I then approached the short calm in the eye of the storm with a early break that turned into a solo win 45 seconds ahead of a stacked Kermis field. My fading luck and form started to come back as I flatted out of the winning break in a Dutch one day race with 3km left and the peleton flew around me in the final 100m, disallowing me to salvage a 4th place. Karlsburg was, as a giddy/optimistic person would put it, a great learning experience. I preformed horribly, even getting dropped on one of the stages and not making anywhere near the impact I had anticipated. Early May had begun and  the staff blamed my allergies for my sudden loss of gusto, but poor excuses aside failing to preform was really hard on me. 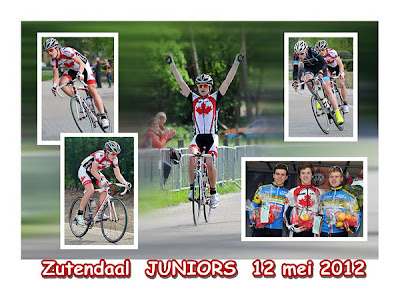 With my Familly happy to have me back, it was time for some recovery in Canada. I did a few Elite 1/2 races as preparation for the nationals and worked on my incredibly poor ITT skills. I went up with Team CHCH up to Beauce as Nats came fast and I managed a top 6 in all events 3rd in RR, 4th in ITT and 6th in Crit. For the 2nd year in a row I fudged up my RR, but I took a lot of joy in my ITT, making massive improvements on my performance in Karlsburg from 1 month earlier. With consistency at Nationals I felt I had a good enough chance at being selected for the Worlds team so I had to take the opportunity of a life time getting to spend a VIP weekend at the TdF followed by a nearly free 1 month in Belgium. This was at the cost of the fast, flat, Team Canada vs. Team USA Tour de l'Abitibi, which was a selection race. Before leaving I made sure to attend an event ran by my sponsors, SpinSanityCycles, although I wasn't allowed to race Elite 1/2. With a small Junior field due to all the best riders participating at Abitibi I tried to set up my lone teammate James for the win but when I realized that wasn't possible I managed to get the Kevin Tearle Hatrick with a solo crash, win, and a minute solo advantage at the line.

At the Tour I got a real experience and I think it will be hard to ever go back, having known the joys of the VIP lifestyle. I then dragged a large suit case, gargantuan bike bag, all with the loss of maneuverability with a 50lbs back pack on through the Paris Underground and then the Brussels Underground as I finally made my way to Diest, Belgium. I moved in with the Hermans family and they graciously took me to races and I had a training partner and best friend in their son Quinten . I only could compete in Kermis's because I was there on my own but I began to realize I had grown a little as a rider since my past trip. I raced 6 Kermis's, 1,2,1,1,3,35 were my results and somewhere in there I went to the UCI 2.1 stage race Leige La Gleize. The Sport en Steun team invited me to ride with them thanks to Jozef Mertens pleading my case for me. I payed him back in full as I surprised myself getting a 2nd place on stage 1. I lost my excellent shot at the GC with the TTT the next day but I knew I could still salvage something out of the race. That something was the Polka Dots Jersey. I left Wallonie to return to Flanders where I suited up with my 4 Maple Leaf friends. I had taken 2 weeks quite easy as to plan on being in top shape 6 weeks later at worlds. I had some good results with the team, but our lack of experience together hindered us more times than it helped us. I was lucky enough to be selected for the Worlds although I wasn't getting the results I was getting a month ago. The CCC gave us all we needed to preform and I rode my guts out at the ITT and my 37th demonstrated my near complete transformation from a crap ITTer to a mediocre ITTer. Content I then looked to do big things in the Worlds RR. Again 37th but in the lead group, I was happy because I wasn't completely cooked up the climb but I was too far back and I wanted to attack as frequently as possible on my way to the line. This didn't happen and I only began to see day light, as Matej sat up to put his hands out in joy. This race ended a season I think I can be proud of. I have a long way to go as a rider on all aspects and I hope I can make another big step next year as I transition into U23.


A huge thanks to my supporters! My Family, Coach Rick, SpinSanityCycles, Team CHCH, the Hermans Familly, Joezef Mertens, SCC the CCC, Washington Mills and the OCA.
Posted by Benjamin Perry at 4:36 PM