This was a great race! It was the only Kermesse in Belgium on the day and this made me feel a little more pressure to preform. The most international race I have done yet, even more so than the Nations Cup Abitibi! There was an American team, Dutch team, French team, South African team, a bunch of Belgian teams of course, a single rider from New Zealand and us! We pre rode on what we thought was the course but it turned out it was nothing like it at all. This was a little confusing at the start but after a lap we had a good feeling of the curcuit. I covered moves and then there was a lull in the pace and I launched my attack. I was soon joined by a Zanatta junior and I truly didn't think it was going to last 75km out in a 80km race. I rolled through not ready to really commit to anything but our gap was slowly growing. After a few laps I started  to help push the pace and our gap got to around a minute with half the race still ahead of us. There was a kom sprint every lap and I had won everyone so far having been in the break and every time up I managed to put a lot of hurt into my companion. So I backed off a little in hopes of him resting and being able to contribute to the pace more. The first 5 or 6 laps we spent away he was a big help and from then on he could only do a very small amount of work as I pulled him and he gave me a little break every once in a while. Just before we crossed the line at the top of the "berg" he popped and I had about 13km to do solo and 45 seconds to maintain over a field of around 80 chasers. The fans were very supportive and Ben Chartrand had some of his family out with flags to wave and the sound of a canadian accent cheering was a nice surprise. Sadly Max was caught with 4km to go and I felt a little bad he couldnt have 2nd but that is bike racing. I grew my gap up to a minute over the next 10 km but then lost 15 seconds in their build up to the sprint. 45 seconds is a nice cushion to finish solo over a peleton. Since I was in the break I picked up a few premes but without realising it because the announcer was speaking in only dutch. Along with my premes I also won the KOM and the actual win! This totalled in a nice amount of euros, 1 bouquet of flowers, 2 baskets of fruit and a nice little back pack!

Off to Holland today to race a crit :) 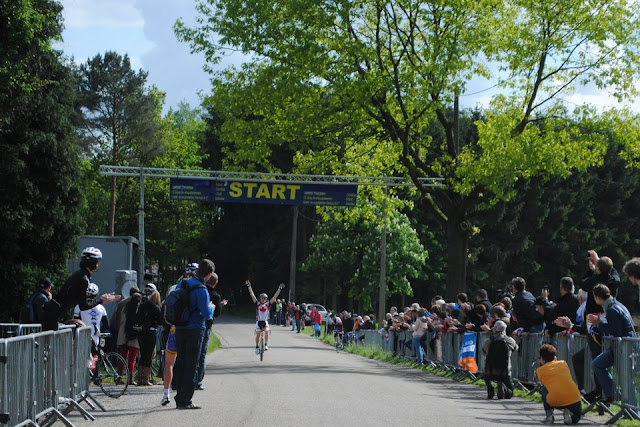 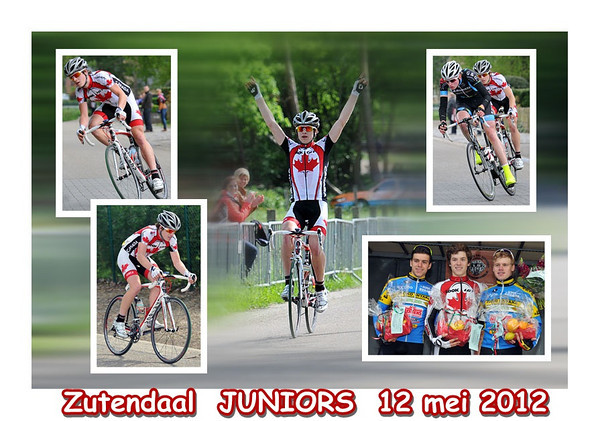 one of the local photographers put together a race highlights montage for me too! very nice.
Posted by Benjamin Perry at 4:19 AM