So some of you may already know this from the wide world of social media, but the race report I am about to write (spoiler alert) will end with my victory. The race of about 80 starters seemed like it would be a sprint finish due to a completely flat course with only 3 corners, one cobbled, but I will get expand on that later. We were sitting on about 45 for the first 5 of 19 laps of the race and nothing was seeming to happen and attacks weren't sticking. Not long after the peloton seemed like it was splitting so I made my way across to the front of the first peloton that contained Adam and I attacked, which eventually turned us into a group of 14. Adam and I did a lot of work driving the group and only 2 riders sat on, which is just bike racing. With about 6 laps or so to go the two guys at the back somehow crashed and that got rid of them messing with our race finish. I was talking to Adam who said he was feeling good and we planned our lead out. He had already won 6 priem sprints so we were certain he was the group's best sprinter. Coming over the cobbled corner with about 1500m to go I started to take charge of the group, but when I looked back the group wasn't there. I had gapped the guy who was on my wheel by about 3 or 4 bike lengths, and Adam was glued to his wheel and behind him another 3 bike lengths to the other 9 riders. I decided to go full gas with little expectations and even if I failed Adam would be fresh from getting a free ride up to me and hopefully the 9 riders would of failed to catch his Duo. I dropped it into the 14 as fast as I could and tried to tear my pedals off my cranks pushing at about 45km/h into the head wind. I was go go go go staring up the road feeling my attempt to hold of 13 riders Cancellara style would never work. I did a few checks to see my gap and I held them at around 10 seconds for the first 500m. Once we entered the last kilometre straight full of bars I saw a rider was trying to bridge solo who was gaining, but not too fast we were stuck in stalemate 50m apart, both of us drifting along at a good speed. I checked and saw that the line was approaching fast and I sat up for the last 10m to celebrate my first road race win of the year which came in a bigger, harder race than I ever could have expected. Adam won the group sprint for 3rd and I was happy to see he was excited I won and not pissed that he didn't get a dialled leadout, good team mate quality.  I got the normal post race treatment, flowers, random smoke reaking old belgian men congratulating me and an interview in French. I of course butchered that interview and with Nat's (our cool director) interview just before mine I wondered how many Belgians began to doubt the claims that Canada is a Bilingual country. We proceeded to a local bar that is an official supporter of Adam Blythe, Matthew Brahmeier and Team Canada. We got 4 steak dinners for 50% of and mine was free! (in exchange for my flowers to the owners wife of course). My best day so far in Belgium, maybe all year!

Here are some photos from the day: 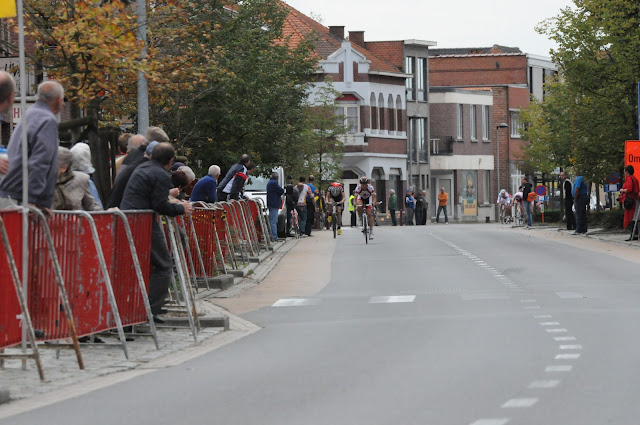 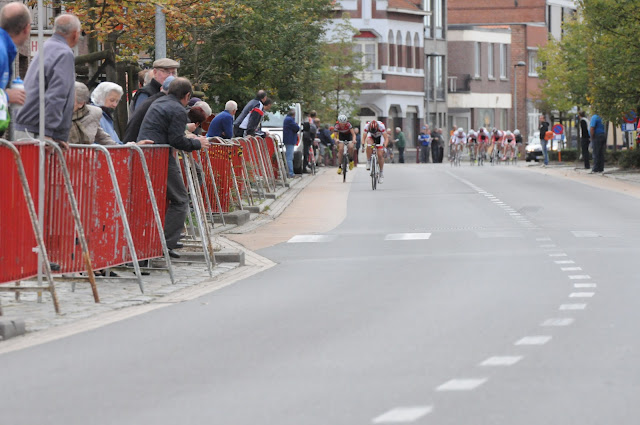 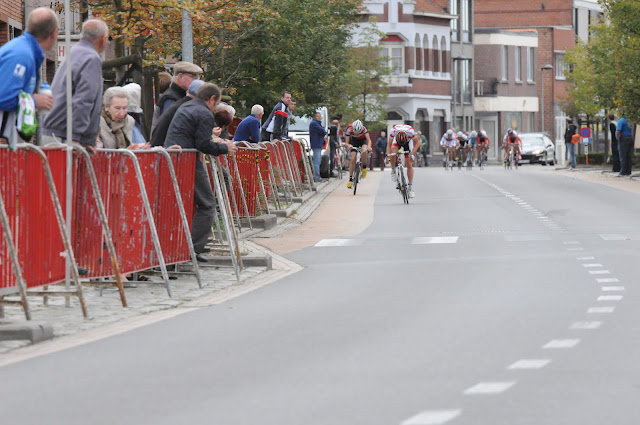 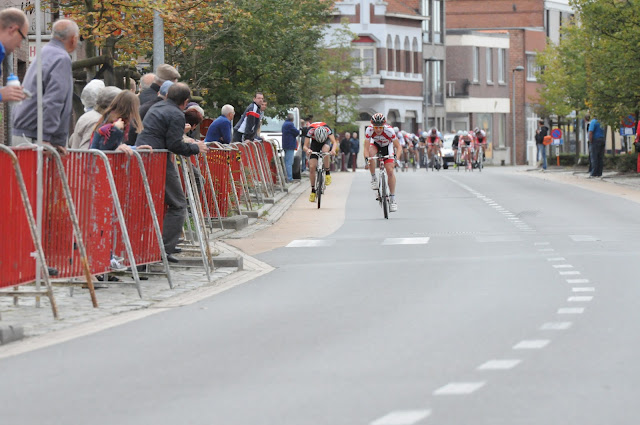 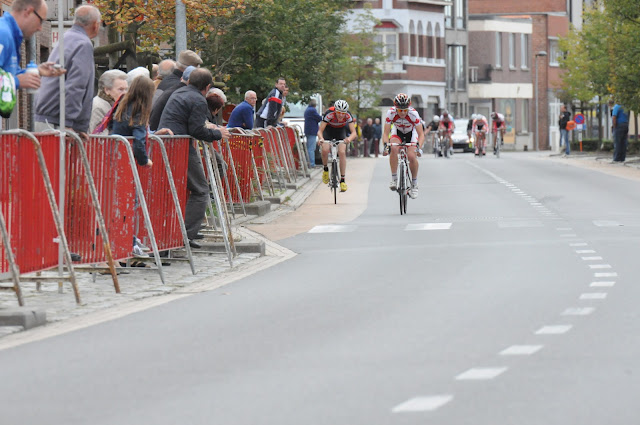 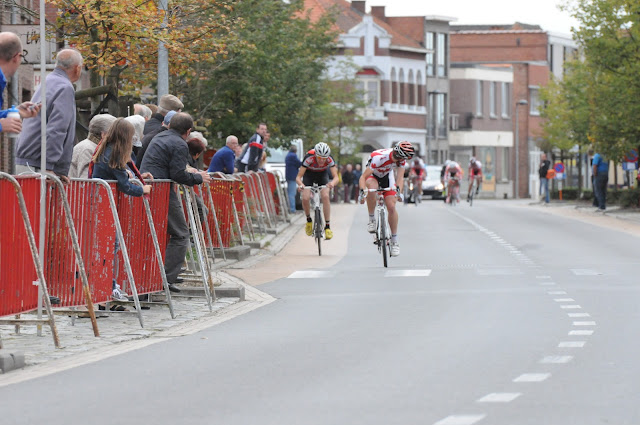 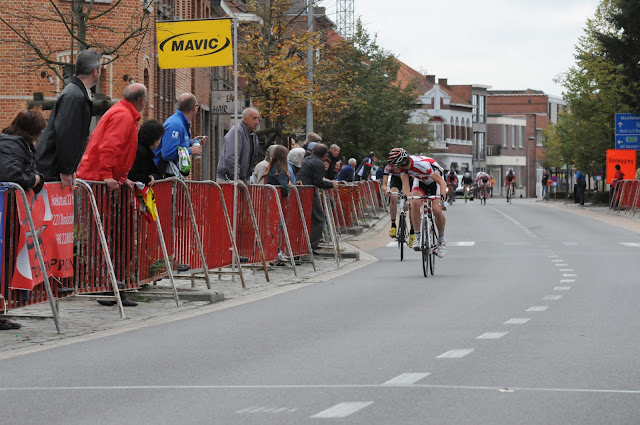 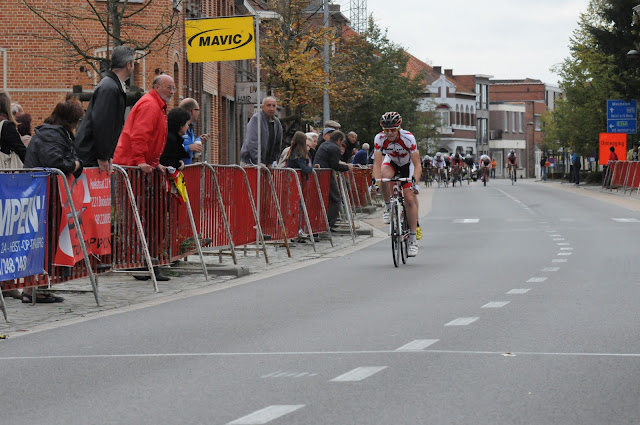 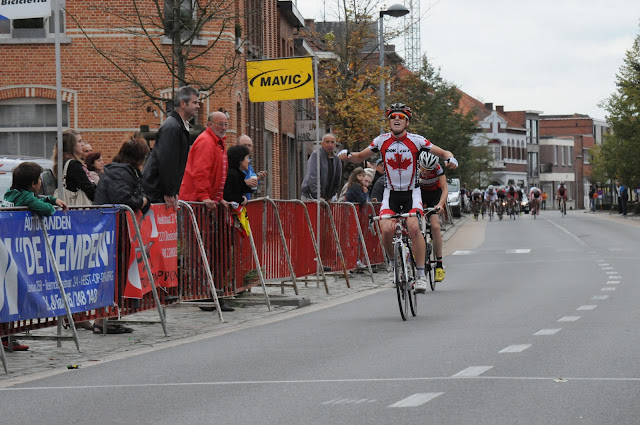 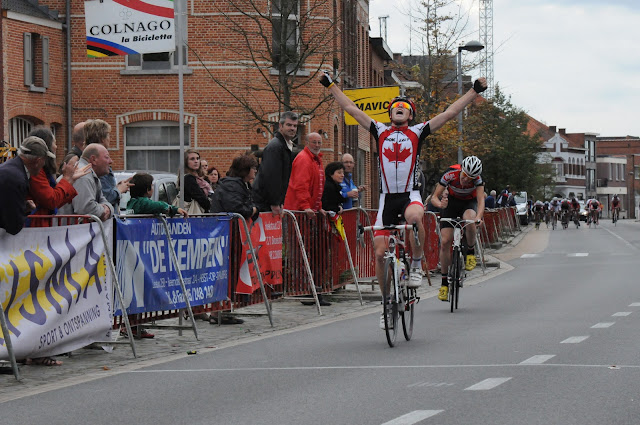 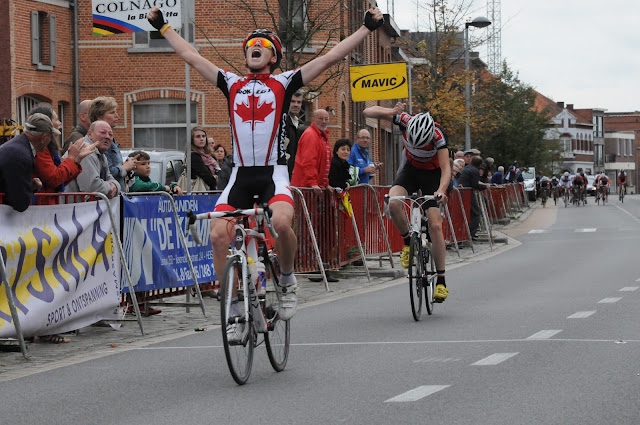 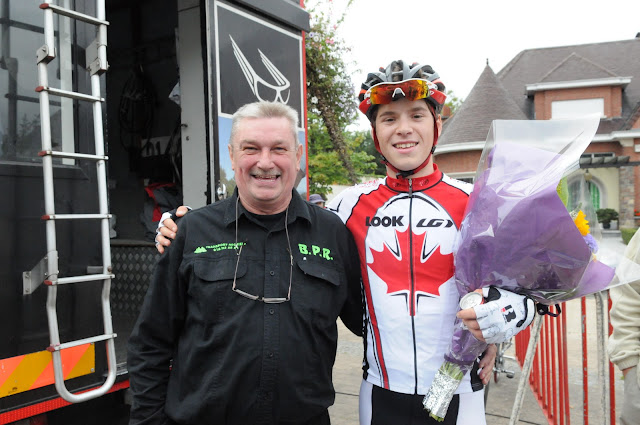 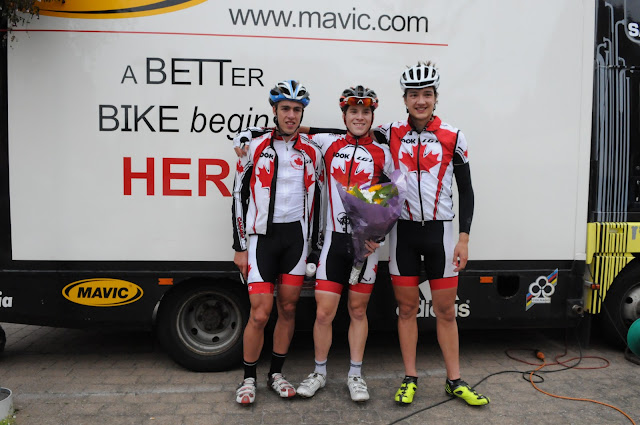 Posted by Benjamin Perry at 1:48 PM