My first race of the cyclocross season was quite successful. It almost wasn't however when I didn't know where the start line was and managed to get there only 5 minutes before the start to see 30 riders lined up and 3rd row my only option. I instead removed a small green flag from the ground and started my own line at the front, (shh don't tell). We had a fast start with a quick left hand turn and a steep climb full of roots. I knew I could ride it but half way up everyone got off and I had to too. There was no where to remount so I went a little off course and into the woods and got in front of a few people but it was a short steep downhill so I had to run down, being unable to remount. I got re passed by some guys and found myself in around 15th place at the bottom of a long gravel climb. I made up 6 positions on the climb and slowly picked people off after on the flats atop the hill and at the bottom half of the course. I was back in the woods where we started to really race a lap earlier and I was in a group of Zach Hughes and myself. He went up the climb slower than I liked to when pre riding and he stalled at the top, but used his MTB skills to keep moving. This forced me to stall too, but I was still on the super steep pitch so I had to get off and then run a few metres to a normally hopable log and get back on losing a lot of time to Zach. I never saw him or anyone else again. My time checks were saying he was gaining 10 seconds a lap which isn't too bad. I kept the same rhythm all day and rode in for 5th place probably a good minute behind the duo of Mitch Baily and Zach who were behind Jarred Stafford (winner) and Mark Batty. Seeing as it is my first race in nearly 8 months and the course was more suited to mountain bikers I am very happy with my result. It was more than just my cross debut but also my CHCH debut and Trigon bikes debut. It was cool to have people asking about the team and coming over to pick up my bike and hear me talk about it. I gave them a little briefing of the bike and everyone seemed interested, it was also a nice improvment from my Denty Kona of last season. A funny story from the day was thanks to race sponsor Mill St. Beer. I saw Andrew Decal with probably 5 beers and he told us finishers got them. So I went over with my dad so he could have the one I was entitled to (he was driving and my mom didn't want it so it was all for not in the end). The guy was nice and we chatted and he asked how I did, he was happy and told me to take a beer, when I told him I was only 17 he was pretty shocked/worried seeming. I guess even Beer representatives can't give to minors. He then gave me some free race swag I didn't really win, probably in hopes we wouldn't involve the authorities.

Here is some pictures thanks to Jon Safka at http://www.cyclingphotos.ca/ 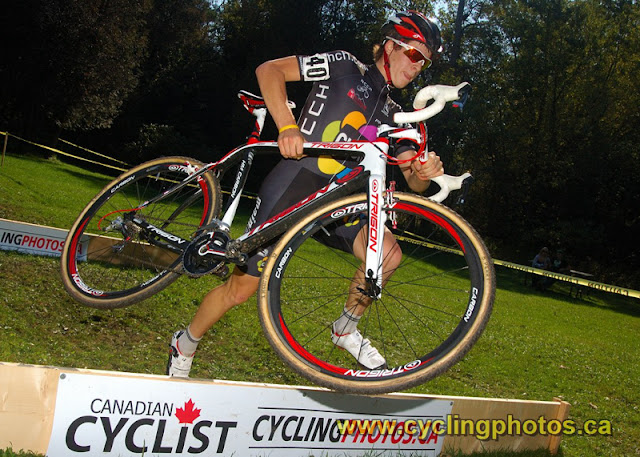 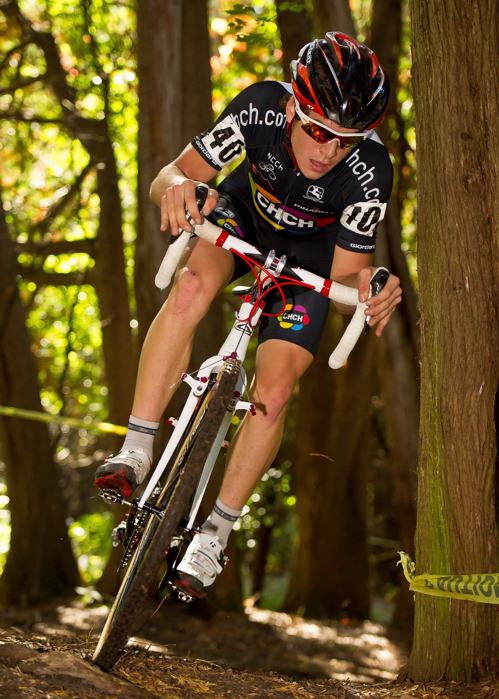 I am just waiting to make sure no checks bounce before making a summary of my worlds trip, thanking everyone who really helped make it happen over there for me.
Posted by Benjamin Perry at 7:28 PM